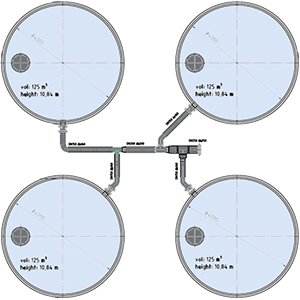 A Danish company chose IWAKI for an assignment on a 500m³ tank to 36% HCl placed in a Danish harbor.

The height could not exceed 20 meters, and a manhole was required in the cylinder.

IWAKI Nordic A/S suggested a solution with 4 connected 125m³ tanks as this solution could be offered at a much lower price compared to one large tank. The space requirement for the 4 125m³ tanks was almost identical to a 500m³ tank. The solution also enabled that the tanks could be made in PE instead of PE inner layer with GRP reinforcement.

Thus, we proposed a more secure solution to the customer as the risk of tension between 2 æayers was avoided. The price difference was primarily based on the fact that the four 125m³ PE tanks could be transported, whereas a 500m³ tank was to be assembled on site.

The customer evaluated the quotation and IWAKI Nordic A/S delivered the 4 tanks as agreed.

The sketch drawing to the right shows the chosen solution with 4 connected 125m³ tanks. 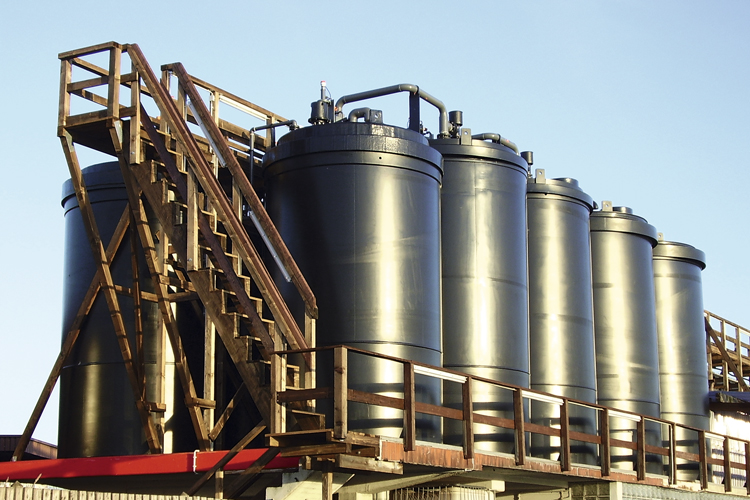